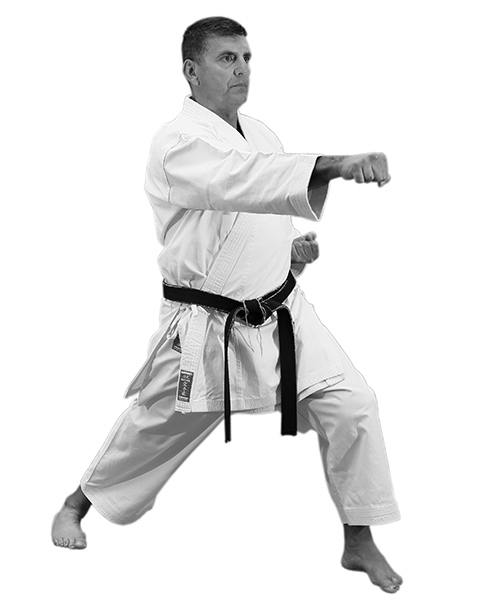 Edji Zenel began Shotokan karate training in 1974 in Melbourne, Victoria. He is the chief instructor of Thornbury Dojo (Club) which was established in 1977.

Edji is passionate about karate and has devoted his life to martial arts. Training is the integral part of his daily routine. He has traveled extensively around the world to train under renowned karate masters in the pursuit of expanding his knowledge.

Edji was first graded to black belt (1st dan) in July 1978. In January 2008, he was graded to 5th dan black belt. The Japan Karate Association (JKA) Internationally certifies his qualifications.

Over the years, Sensei Edji’s passion and commitment has led to his personal involvement in competing, judging and coaching in competitions. He competed in several AKF (all styles) and JKA competitions, and won Gold medals in their National & State competitions.

Edji first opened up his own karate club in July 1977, and has coached State, National and International Champions. But more importantly he has seen many students excel in their personal life, in which, many of those students attribute their success because of their karate training and the discipline it provides.

Edji has completed and passed level 1 and 2 “General Principles” and “Karate Specific” coaching courses which are Government approved. He is dedicated to promoting the art of karate-do as well as spreading the philosophy and spirit of Shotokan Karate.