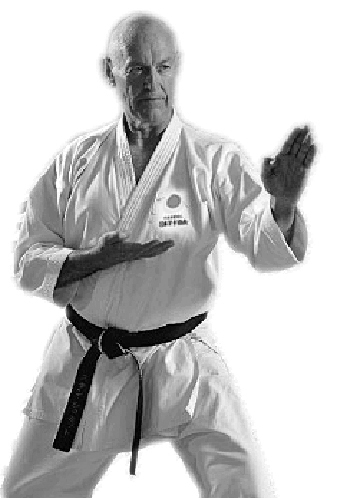 Stan Schmidt is the National Technical Director of JKA-SKC and resides in Melbourne Australia. Sensei Stan was born in South Africa on 6 October 1936. He studied at the University of South Africa and obtained a Master’s Degree of Communications.

In 1963, he was one of the Westerner’s to train with the JKA at the Tokyo Headquarters (Honbu Dojo). After returning from his trip to Japan, Sensei Stan helped established JKA Karate in South Africa which was the biggest and most successful Karate organisation in South Africa.

Master Stan is also known for his acting roles in martial arts films such as Karate Killer & Kill and Kill again.

Today, we are fortunate to have him teaching the art of JKA karate each week at our JKA-SKC Honbu Dojo in Elsternwick, Melbourne.